Quick DIY furniture makeover...and some thoughts about how less is more!

Very often, I stop in my tracks and consider whether that trip to the mall is actually the best or smartest move.
Very often I end up using leftovers, or whipping up a quick DIY project, and this leaves me a sense of satisfaction and fulfilment.
Let's be clear, I'm a girl and I love the occasional trip to shopping places.
But for a few years now, precisely after an emotional shock (the loss of my dad) and later a shift to a new condition/status (parental leave), I started pruning, decluttering,stashing away, while intentionally keeping the most precious and meaningful. And I haven't stopped loving it.
Decluttering actually seems to automatically open new spaces in my mind. It freshens up my brain while freshening up the space I live in.
This week I stopped again in my tracks. I gave up grocery/errands shopping; instead I cooked pasta and spotted a set of shelves abandonned in a corner of the attic. 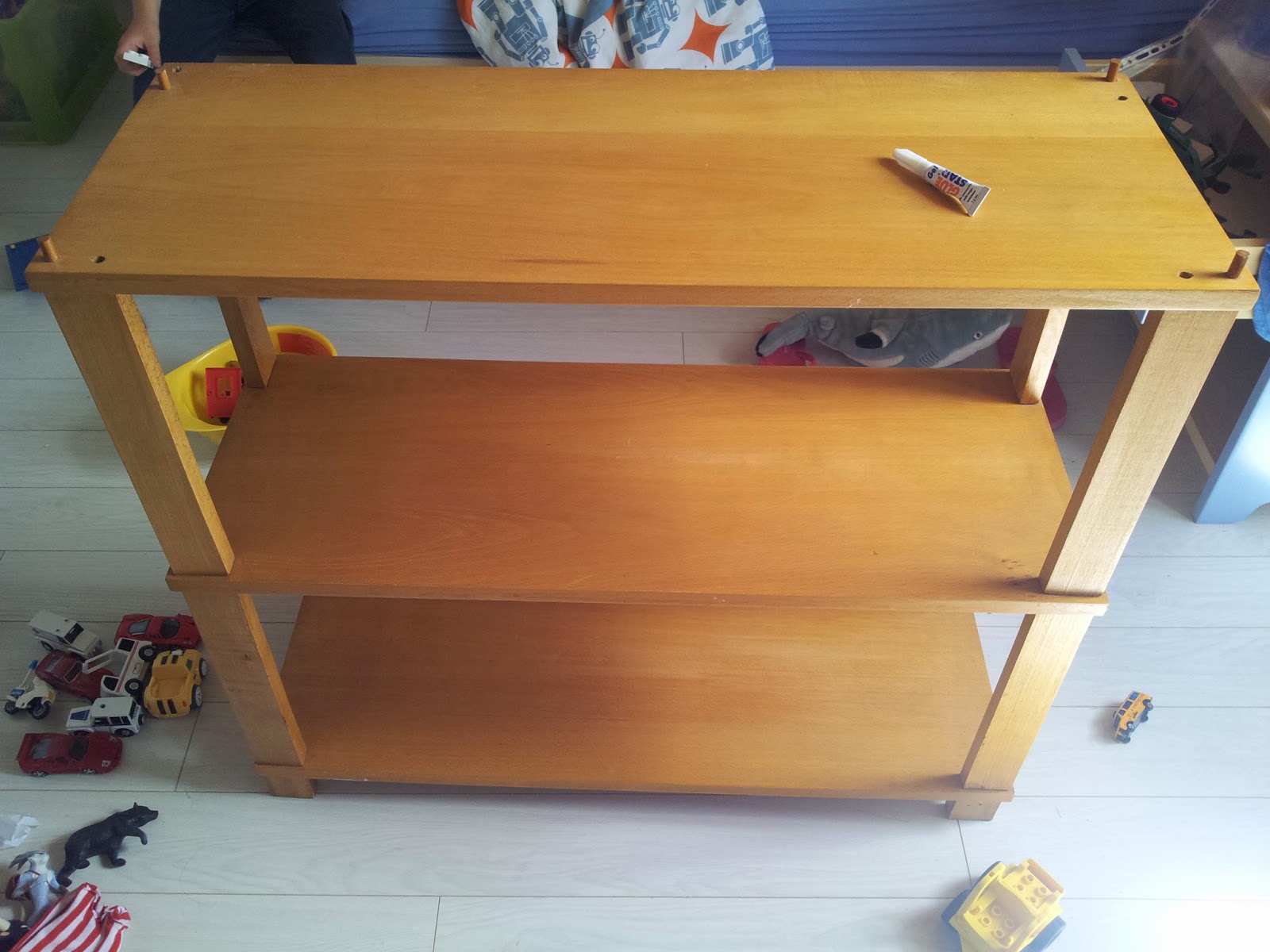 I also decided to give up my tendency to wait for the best material/best moment/best fit. Better done now than possibly perfect in an indefinite future!
These shelves didn't have a particular style. They had protruding elements on the top (to allow for the addition another shelf). 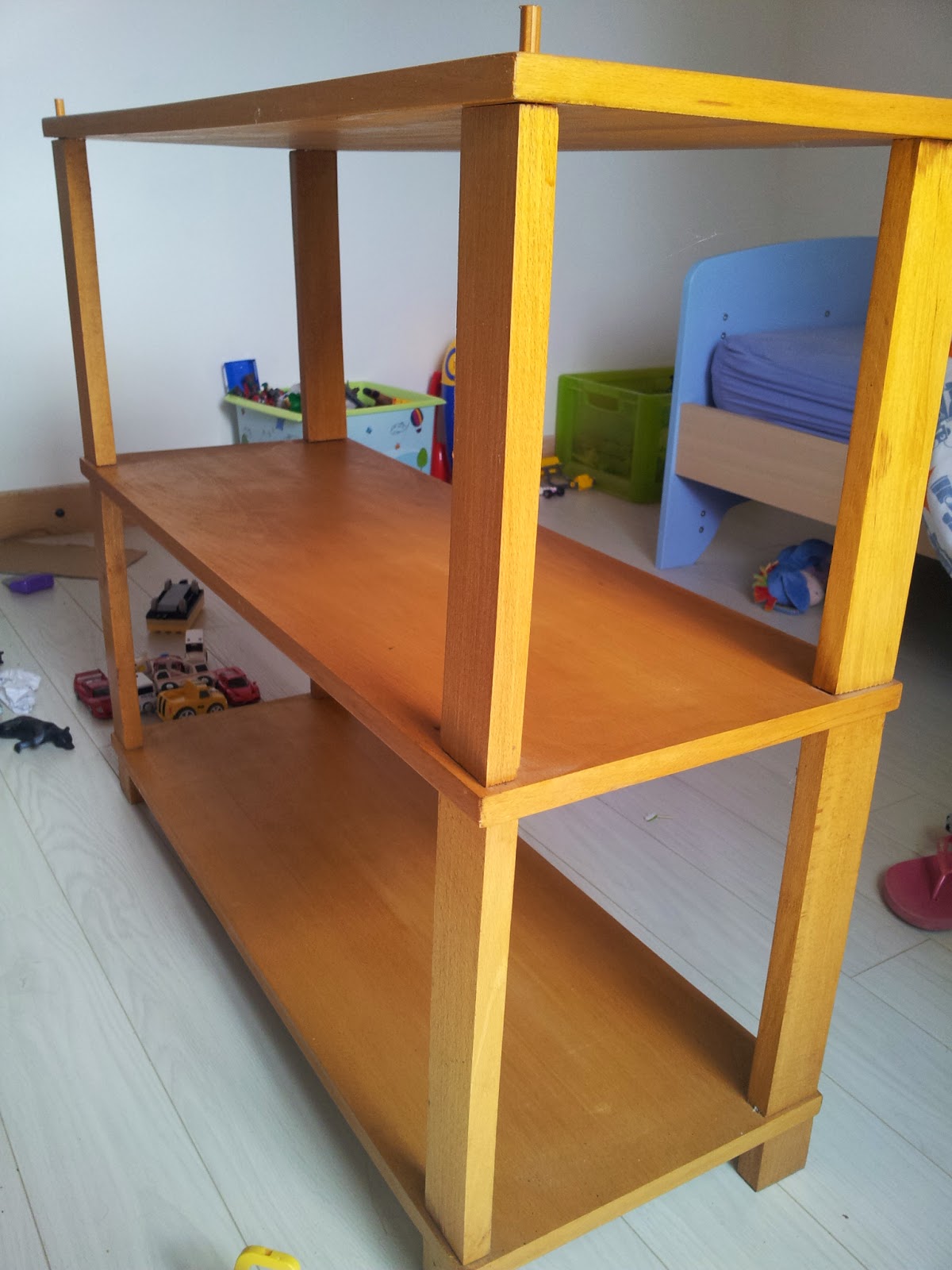 I then moved to my little boy's collection of Legos. Although he loves them, he didn't play too often with them. Mainly because they were heaped in a box, where it was hard to sort them out, where they were an indefinite mass of items. Kids need to have easy access to their toys. They need to be able to go through them without drowning in a pile of objects. They need a place to play with them. Sometimes just a little teeny tiny spark to set new games in motion. They need to be able to see what they have. Not to invest time in choosing and sorting through more toys than they can deal with. Excess induces stress not only with adults. Kids too, need space to breathe and relax, feeling free for creativity and imagination. And fun. And dreams. 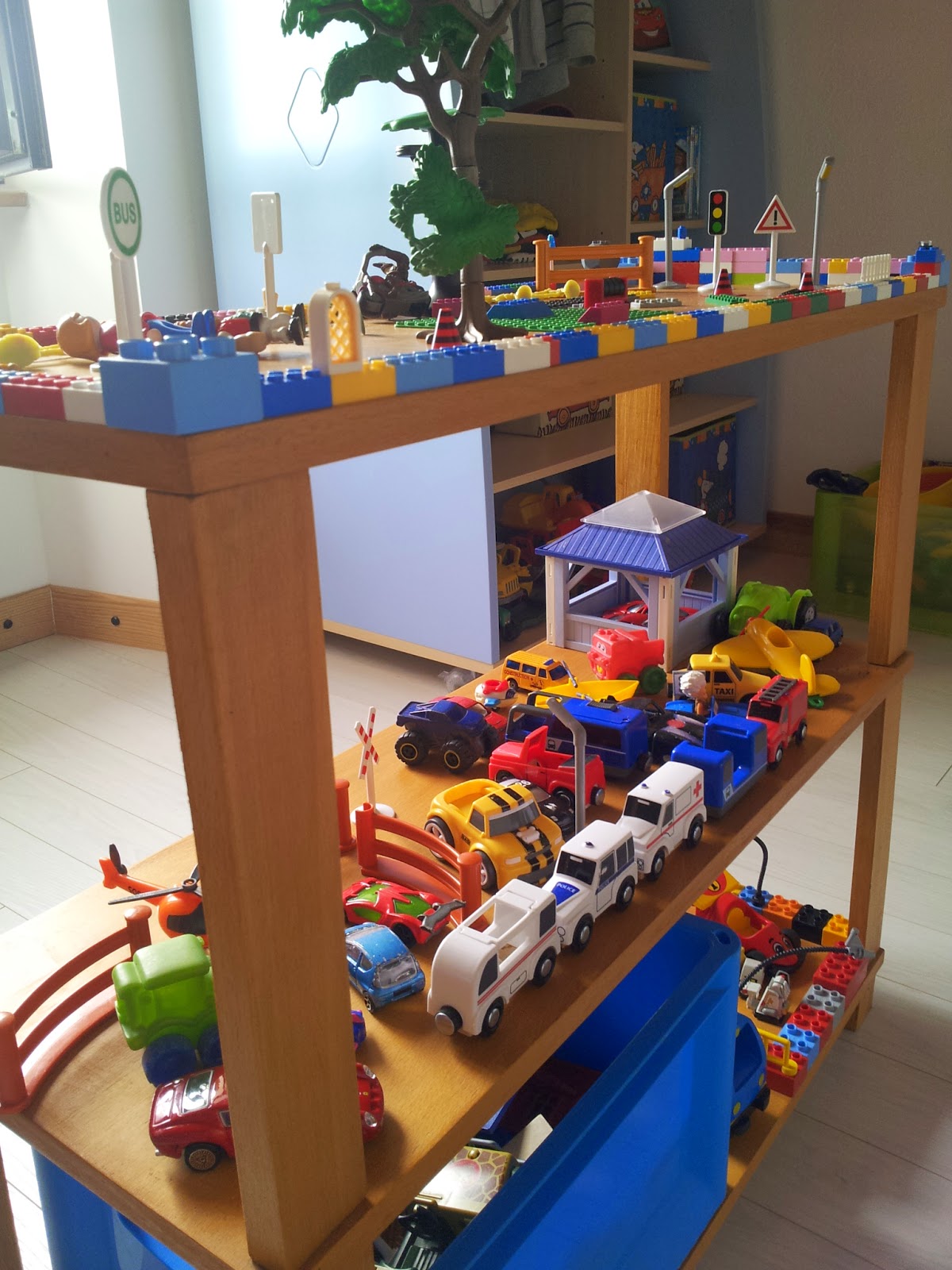 So I took out all my boys' Lego blocks. Simply hot-glued a selection of them on the higher shelf (one layer), along the whole perimeter, and on one fourth of the bottom shelf (following my boy's instructions, as he wanted a small garage). This reduced noticeably the number of Lego blocks and allowed new playing space to play with the remaining mobile Legos.
It was also the occasion to set aside a few toys that were broken or outgrown.
In addition to that, it allowed me to finally create a kind of Lego table. I had seen some of those for sale, at a very high price. This one didn't cost me anything! 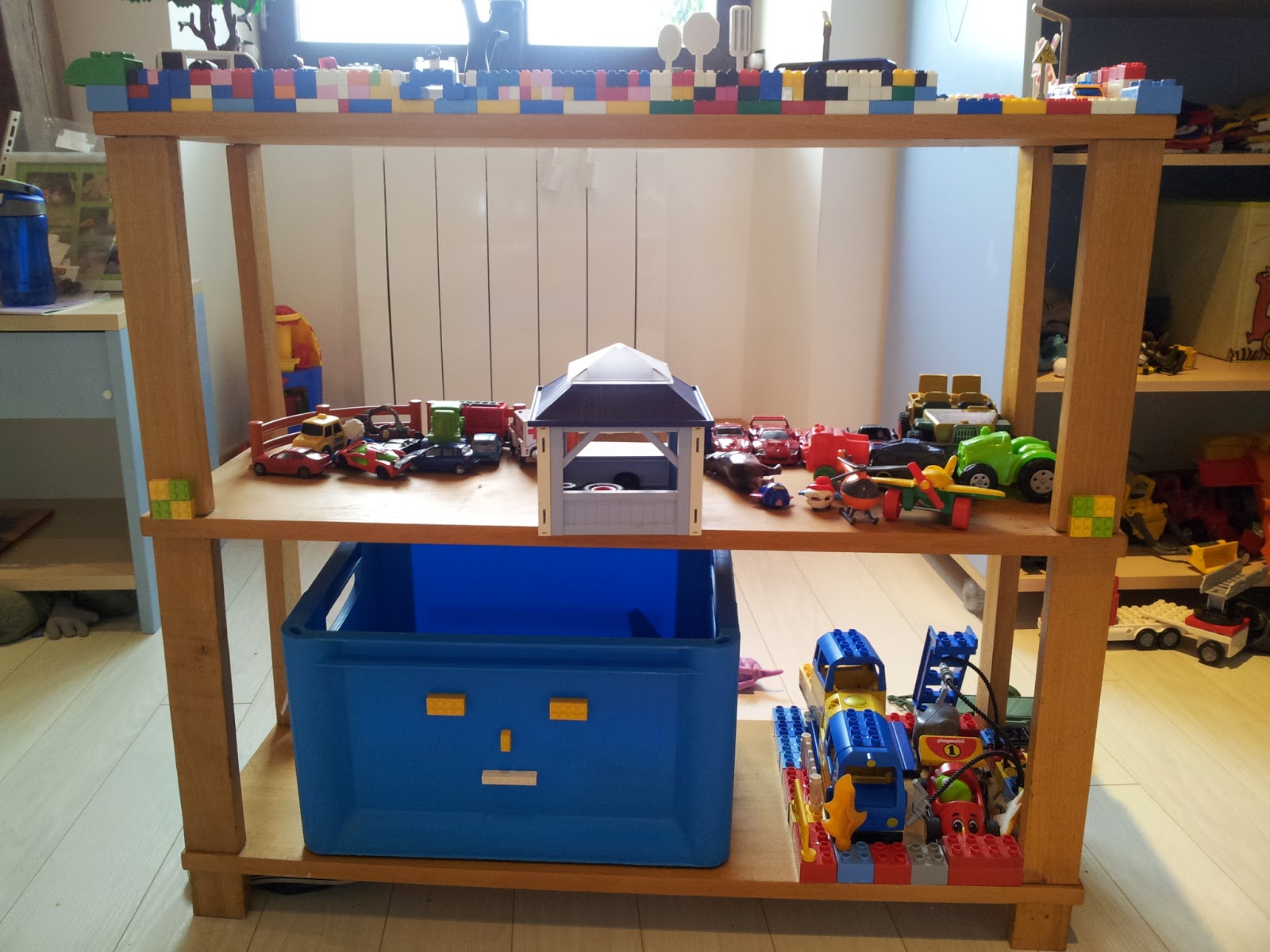 It was also fun to make, and all my kids engaged in the process, some simply watching, some selecting the Legos to glue, and some giving directions! ;)
But the best part is that since this quick DIY furniture makeover, they have spent hours playing with my boy's Lego blocks. The little cars have found their place on the middle shelf, and I have customized the blue container that is now officially and obviously the box for Lego toys!
at 12:34 AM

Welcome to this place!
This is the shared blog of Val, from France, and Sachi, from Japan. Two friends sharing their views on Life, enjoying and seeking beauty and peace.
We'd love to hear from you and know how you bring more beauty and peace to your life!